I was in charge of the activity this week for Young Women.  We were welcoming two new girls into the group so I wanted to plan some kind of get-to-know-you game.  I found a couple ideas online and decided to combine them.
First, I took a bunch of tongue depressors and wrote two words, one on each end, which the girls would have to choose between.  Some examples were "Chocolate" or "Vanilla", "Cats" or "Dogs", and "Facebook" or "Instagram".  I also took some yarn and wound it into a ball.  The container is just a No. 10 can wrapped in washi tape. 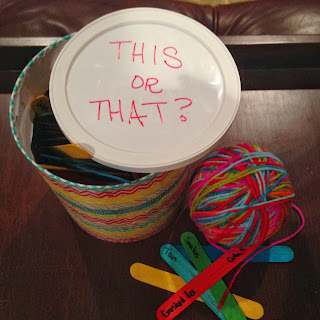 I tied the end of the yarn to my wrist and picked a stick.  I can't remember the exact stick I picked, but lets say it was "Fame" or "Money".  I chose "Money". 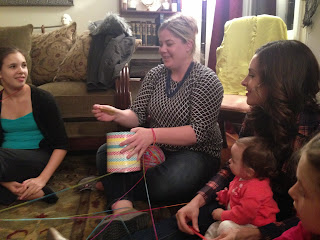 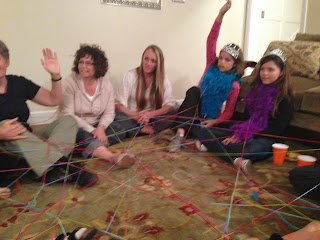 Pretty soon, the yarn had woven quite a web illustrating that we are all connected in some way. 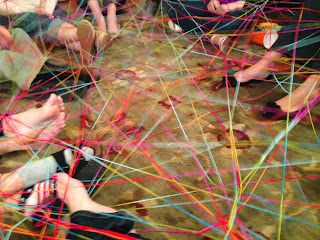 I was pretty nervous going into the game.  I figured everyone would love it or it would be a huge flop.  Surprisingly everyone had a blast and really enjoyed themselves.  It was great getting to know everyone a little better and it was a perfect introduction for the new girls to the group. 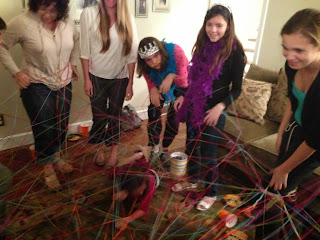